CGO is not operational and no events are running. The website remains for historical reasons. Some links may not work. 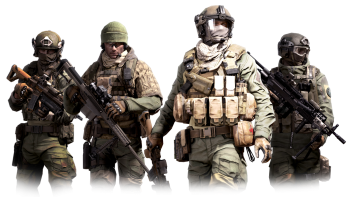 On September 28th 2019, join the Black Squad community in cheering on the first CGO premiere event for the BSCR competition. The EU Summer Championship Cup has been designated as a premiere level event and will award double the points over regular BSCR events.

With points being doubled any team (even new) is capable of claiming a cash prize by performing well in the premiere event. Register now on Black Squad's official site for BSCR Season 1. Only BSCR registered teams will be able to compete in the cup.

The EU Summer Championship cup will also be streamed live at: twitch.tv/CGOMedia

All teams are encouraged to become familiar with the CGO Ruleset prior to competing in the BSCR premiere event. Rules are strictly enforced as cash prizes are on the line. Message Ink#4666 on the CGO Discord for questions.